Facts about blue light and how to prevent it 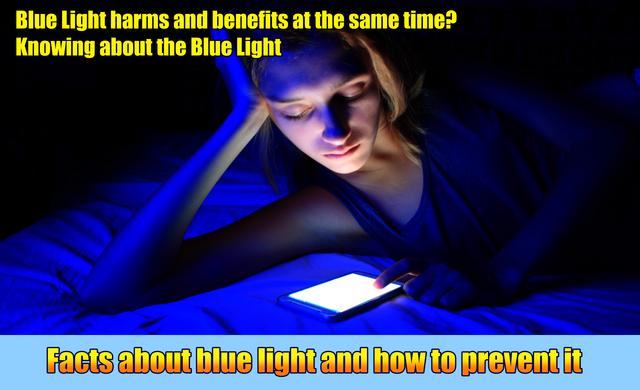 Checking smartphones before bed daily wasn't healthy to us. Many eye doctors are concerned about the effects our screen time could have on our vision and our health, and the main cause of that concern is blue light.

So, What is Blue Light?
You probaly forgot about what you learned in high school, let's do some revision about it. Sunlight contains red, orange, yellow, green and blue light rays and many shades of each of these colors, depending on the energy and wavelenght of the individual rays(also called electromagnetic radiation).

Without getting into complicated physics, there is an inverse relationship between the wavelength of light rays and the amount of energy they contain. Light rays that have relatively long wavelengths contain less energy, and those with short wavelengths have more energy. 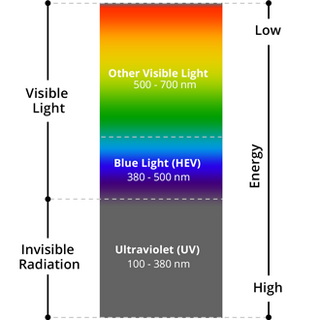 As you can see, blue light rays with the shortest wavelengths (and highest energy) are sometimes called blue-violet or violet light. This is why the invisible electromagnetic rays just beyond the visible light spectrum are called ultraviolet (UV) radiation.

So approximately one-third of all visible light is considered high-energy visible (HEV) or "blue" light.

Facts about the blue light
Visible blue light has both benefits and dangers. Hera are the important things you should know about blue light:

1.Blue light is everywhere
Sunlight is the main source of blue light, and being outdoors during daylight is where most of us get the most exposure of it. But there are also many man-made, indoor sources of blue light, including fluorescent and LED lighting and flat-screen televisions. 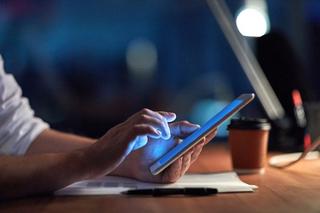 2. HEV light rays make the sky blue
The short-wavelength, high-energy light rays on the blue end of the visible light spectrum scatter more easily than other visible light rays when they strike air and water molecules in the atmosphere. The higher degree of scattering of these rays is what makes a cloudless sky look blue. 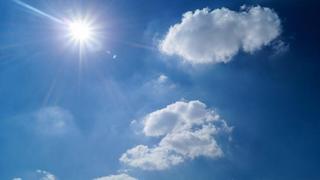 3.The eye is not very good at blocking blue light
Anterior structures of the adult human eye (the cornea and lens) are very effective at blocking UV rays from reaching the light-sensitive retina at the back of the eyeball. In fact, less than one percent of UV radiation from the sun reaches the retina, even if you aren't wearing sunglasses.

(Keep in mind, though, that sunglasses that block 100 percent of UV are essential to protect these and other parts of the eye from damage that could lead to cataracts, snow blindness, a pinguecula and/or pterygium, and even cancer.)

On the other hand, virtually all visible blue light passes through the cornea and lens and reaches the retina.

4. Blue light exposure may increase the risk of macular degeneration.

The fact that blue light penetrates all the way to the retina (the inner lining of the back of the eye) is important, because laboratory studies have shown that too much exposure to blue light can damage light-sensitive cells in the retina. This causes changes that resemble those of macular degeneration, which can lead to permanent vision loss.

Although more research is needed to determine how much natural and man-made blue light is "too much blue light" for the retina, many eye care providers are concerned that the added blue light exposure from computer screens, smartphones and other digital devices might increase a person's risk of macular degeneration later in life.

Because short-wavelength, high energy blue light scatters more easily than other visible light, it is not as easily focused. When you're looking at computer screens and other digital devices that emit significant amounts of blue light, this unfocused visual "noise" reduces contrast and can contribute to digital eye strain. 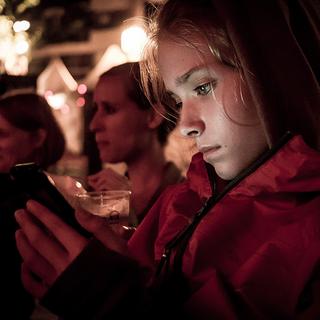 6. Blue light protection may be even more important after cataract surgery.

The lens in the adult human eye blocks nearly 100 percent of the sun's UV rays. As part of the normal aging process, the eye's natural lens eventually blocks some short-wavelength blue light as well — the type of blue light most likely to cause damage to the retina and lead to macular degeneration and vision loss.

If you have cataracts and are about to have cataract surgery, ask your surgeon what type of intraocular lens (IOL) will be used to replace your cloudy natural lens, and how much blue light protection the IOL provides. After cataract surgery you might benefit from eyeglasses that have lenses with a special blue light filter — especially if you spend long hours in front of a computer screen or using other digital devices. 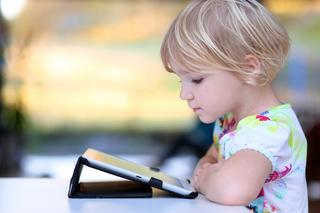 Screen time: Try to decrease the amount of time spent in front of these screens and/or take frequent breaks to give your eyes a rest.

Filters: Screen filters are available for smart phones, tablets, and computer screens. They decrease the amount of blue light given off from these devices that could reach the retina in our eyes.

Talk to an eye care professional about options about ways to protect your family and your eyes from blue light.